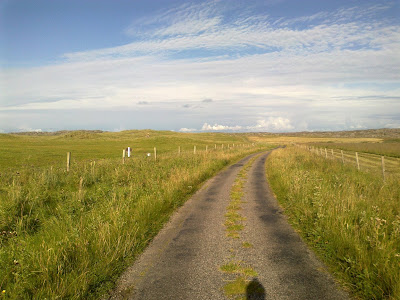 Tibbie Macgregor and the Scottish King
--a partly true story 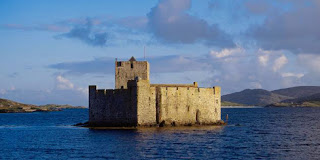 2. What genre does your book fall into?
Middle grade novel.

3. How long did it take you to write the first draft?
I can rarely remember much about first drafts. They happen pretty unconsciously. I THINK I started this sometime in 2011 but I’m not sure – I know I worked on it while I was in Scotland last summer,  and rewrote it when I came back. I am now on what I hope is the final draft -- at least until my agent submits it.

4. What other books would you compare this story to within your genre?
I'd be honored if people compared it to The Hobbit which  children on the  Isle of Barra told me – perhaps completely inaccurately – was inspired by the landscape of these islands. The language the Elves speak is like Gaelic (pronounced Gallic in Scotland and related to, but not the same as, Irish Gaelic); the runes the Dwarves write in are like the runes on stones here.....and I know it  may sound weird to mix such different books, but I’d also be honored if the cozier, more girlie bits reminded people of Ballet Shoes and the way the heroine relies on herself and figures things out  reminded them of Harriet the Spy. 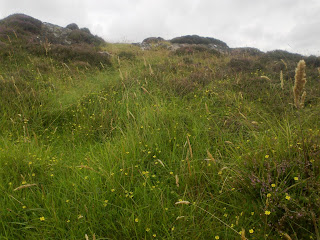 5. Who or what inspired you to write this book?

A trip I took to the Western Isles of Scotland in 2011 and a legend I read about a box that was given to someone to keep for the true King of Scotland – without telling anyone he had it, without opening it. I started to retell that -- but almost immediately abandoned that idea and wrote my own story instead, keeping the box.

In my story, which is set in the future after all Europe has been taken over by a group of international bankers, the box was given to the heroine's ancestress,  to be passed down from mother to most-trusted daughter until the rightful king needs it. 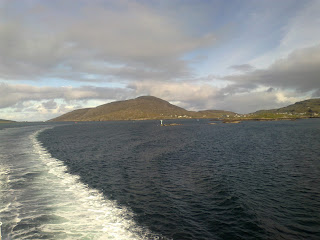 Posted by Libby Koponen at 2:45 PM

Your new book sounds lovely. When does it come out?