The end of the story (I hope!)

Some of you may remember that awhile ago a publisher rejected the author photo of me in Cuzco, Peru. I sent them a few others, including the one that's in my profile -- all rejected. So I took some myself; but, as one of the girls said, you could tell that I had. My arms were kind of scrunched up and my eyes were looking the wrong way.

I am no photographer and it was also hard to get my whole face in the picture or for that matter, even SEE the picture since the view finder is in back. I solved that problem by holding the camera with the view finder facing a mirror. But, still, none of the pictures were really right....in fact, they all looked really bad.

So I drove up to Boston and Anna took this. 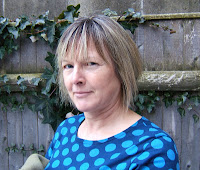 We (anna, grace, and I) examined it carefully, left lots of background in so they could crop it however they wanted, and sent it off.

But it too was rejected. Finally, after asking one of my sisters who looks a lot like me if she had a picture of herself I could use ("NO, that's crazy" was the answer) I took one more myself -- and,without consulting the BRGs (I figured I'd wasted enough of everyone's time! Almost all day Monday was spent emailing about this and other matters -- it was a week of drama for many of us, not just me). The publisher liked this picture "much better." 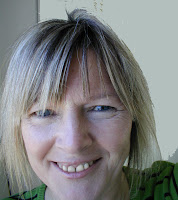 Or rather, the editor liked it. She and I have been allies on this and other things all along -- and by the way, the editor here is not Alvina. The designer (who by this time had become THEY to both of us) sent that back, too, and I sent one more (this time covering my hair in case that was the problem -- and now that I look at this picture I really wish I hadn't sent it but I wanted to get this DONE), 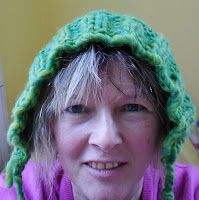 asking if they could make do with one or the other. And saying I was sorry that this was taking so much of her time. The editor emailed me that she had sent both "and now I'm going to forget about it."

Let's hope THEY let her! I hope this doesn't sound like I'm complaining; I'm not -- just reporting on this strange business. And resolving to spend the money and time getting an acceptable author photo before the next book in this series goes to press -- and make some improvements to my appearance, too.
Posted by Libby Koponen at 7:29 AM

I actually like the first two--the third is a bit odd/distracting.

It's funny how hard something like an author's photo can be! Another option is just not to have one--I think maybe only half of the books I work on have an author photo for various reasons. What about using a childhood picture instead? I forget--did they already nix that idea?

I feel your pain. For years I either broke the camera, the photographer purposefully placed me at the end so that he could cut me off when he printed the picture, or else was greeted by conference organizers with the welcoming greeting of -- YOU'RE her? ahhhhh... You don't look at all like your picture.

Therefore I panicked when the marketing department of one of my books asked for and kept rejecting pictures.

Finally, after a morning of meet-and-greet with parents and teachers and children, I thrust my camera into the hands of the parent who was my guardian that day and desperately asked her to use up the roll taking pictures of me.

Lo and behold -- they were great! So, that's what we have to do. Be in meet-and-greet mode and a little bit tired. I look very relaxed and friendly in that picture.

A Prop from your current book also helps. In that first picture I"m holding an airplane.
(My second good-looking picture is on my blog -- I'm holding my book and talking to the cameraman.)

I vote for the second to last picture of you. (Do you think it may have been rejected because your chin was cut off? It looks that way in that photo in this blog.)

Wow, that's a strange story. Honestly, why are they asking for an author photo if they're going to reject them all? Have they met you in person? If it were up to me I'd pick your profile picture--it looks happy, carefree, and more like you!

Libby, I love your middle picture! It looks happy and contemporary--you look fabulous!

Not so much on the granny hat one:>)

Yeah, file this under "things I never thought I'd spend this much energy on when I dreamed of being a writer."

Thanks everyone! And yes, you are all right...much as I love that little green bonnet I knitted that is definitely the worst picture. How much do you want to bet it's the one they decide to use?

I enjoy a prop, and the prop I enjoy most is my dog. There are 2 great things about using an animal in your publicity photo, one they can convieniently cover any rolls, or you can tuck them under your chin and hid various saggings. 2, no one looks at you, they all look at the pet and go Awwwww:)
My dog appears on every back cover and I'm behind him there, somewhere:)
If you can't borrow a dog fast, I would go for the happy, smiley, middle photo.

Libby, you are beautiful.