It's been raining here all week and (partly because of that, partly because family troubles have left me exhausted), I've been letting the kids watch some TV-- normally, I have a No Screen Time policy. Even when allowed to watch TV, some of the kids preferred 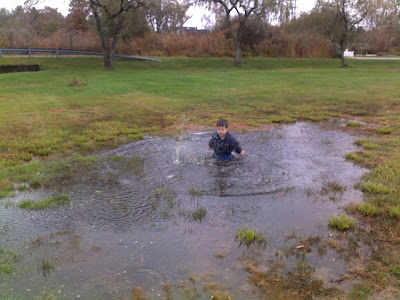 and jumping on the mini-trampoline I just bought.
I hate that slack-jawed, glazed, drugged look small children get when they watch TV. Normally, when it rains, we make things or play cards or dress-up 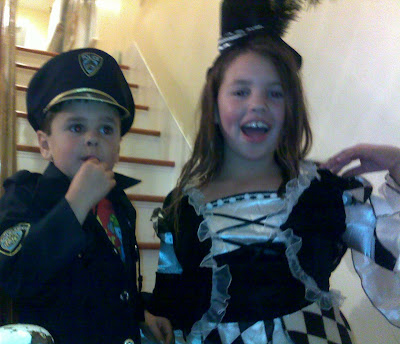 or cook or if there are enough kids over, play hide and seek or sardines or make things with Sculpy or play boardgames .....(another time I will post about these activities: back to the point).

But this week, we watched TV. And maybe because of Meghan's post, maybe because I'm dieting (and you know what THAT makes you think about!), I noticed what the kids on the shows and in the ads were eating. With the exception of the shakes Ricky serves on Hannah Montanna, it was always fast food -- and one episode of I Carly was about her brother making "spaghetti tacos." Another show's plot revolved around kids pretending to be on a ping pong team so they could spend the club money going out to a fancy restaurant -- and what food was dwelt on and lovingly photographed? The cake they had for dessert--one kid was so stuffed he couldn't eat it, so a friend held his mouth open and massaged his jaws so he would chew. The show also showed them grunting with pleasure while they stuffed themselves.

Is it just this week? Was I super-aware of it because of Meghan's post and my diet? Or is this happening all the time? Maybe the BEST way to help kids lose weight would be to show the cool teenagers eating vegetables.

Some of the kids I babysit eat a lot of junk food, none are overweight--but they lead pretty idyllic lives. Some live on a street with other kids their age; they all play outside together after school, every day. Others spend most of the day playing outside on estates like this: 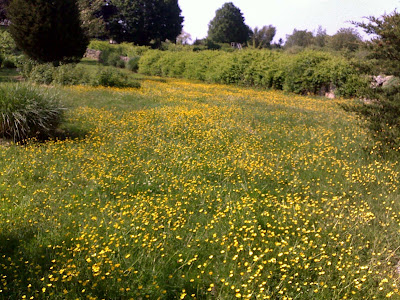 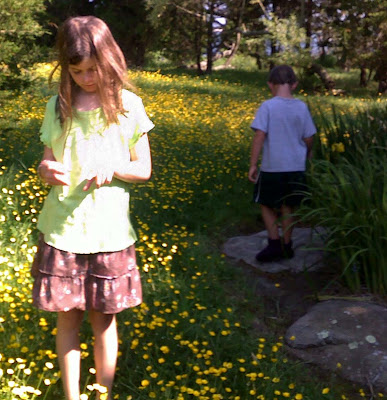 Statistically, the poorer you are, the fatter you are. Obesity correlates more strongly with income than any other factor -- education, geography, intelligence: none matter as much when it comes to being overweight as income. But I bet if all children lived in places as beautiful as this 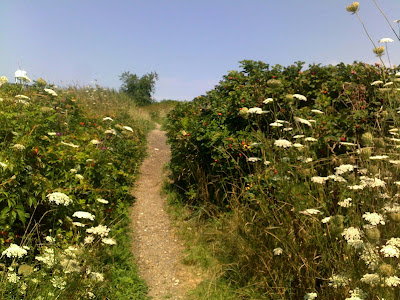 where it's SAFE to play outside all afternoon, as kids here do, we wouldn't have an obesity epidemic--even if the kids still ate junk food. (Could this be where the income/weight correlation really comes from: where you live? Even in cities, the rich neighborhoods have great playgrounds, the poor ones don't.) Maybe this is simple-minded. But if I were to somehow make a lot of money, I'd some of it to give more children good places to play, and to educate parents about the importance of letting them do that..... and yes, maybe nutrition too. Ack! I hope this isn't preachy. And as I write it, I'm thinking that maybe I could and should do something along those lines NOW. Ideas for what very welcome!

Posted by Libby Koponen at 9:48 AM

You're right that a lack of safe play space is a big part of the relationship between poverty and obesity! This has been well supported by research.

Another factor that shouldn't be overlooked is the lack of quality (or any!) grocery stores. For folks without transportation who live in urban impoverished areas, access to healthy food is a problem too.

One way to help this is to grow and donate produce to food banks!

Libby, I totally agree! Where I grew up was a great place for kids to play. I ran around all day long and so did all of my neighbors. I look around at this city I live in and wonder where kids play in it. It's definitely not the same.

I will say that in my neighborhood I see kids playing football and basketball in the street. When cars come they just move. There used to be a big thing in the city: stick ball. I watched a PBS program on it and it was fascinating. Kids would have wars between neighborhoods and take over whole blocks to play stick ball. That is good exercise. It would be really cool if that came back.

There are parks in cities but it's annoying for some because you might have to take the subway to get there. There are local YMCAs that have basketball courts and pools and all of that good stuff and the memberships are cheap. Perhaps there needs to be more free after school activities for kids that involve sports and such.

But yeah, nothing beats being able to step right out of your door and have a wonderful playground.

By the way: what is happening in the picture of the kid in the big puddle?

My daughter was quite involved with a group called" Right to Play" in Vancouver. They raised funds and put on activities for "inner city kids". It was a very cool project and is part of the larger "Right to Play International" group. Their website is www.righttoplay.com/International/ Check them out. Sheryl McFarlane

Thanks Andy and Sheryl for the ideas and information: good to know. I will try both! And thank you Meghan and Grace for the comments: I'm glad you agree, Meghan, and that you like the post Grace!

I love the pictures in your post. Thanks for bringing up the connection between income and obesity.
In addition to a safe place to play, the cost of healthy calories tends to be a lot more than unhealthy/empty calories. I used to live in Texas and in that state the average cost of 1800 healthy calories is more than $18! - whereas 1800 unhealthy calories is around $1.75. I could not believe it, but then I thought about what is and is not subsidized by the government via our Food Bill and it made sense.
Anyway, I thought of this as I read your post.
Thanks!

Thanks, Jes! That's really interesting about TX and healthy/unhealthy calories' cost. ALso thanks for commenting on the pictures: the other BRGs are all really good photographers and I have been trying to take more pictures and include them in my posts. So I'm really glad you liked these!