living on in stories

I've made an annual visit to a local Wellesley school and it's always lovely (I hope I can continue to visit even after the move!). The students never fail to impress me with their beautiful storyboards of their favorite "small story" from Year of the Dog. This year, I was particularly touched by how many of them chose "Uncle Shin and the Special Cake." 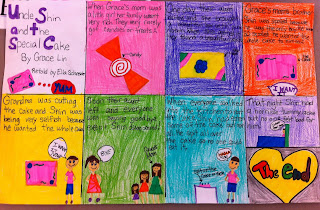 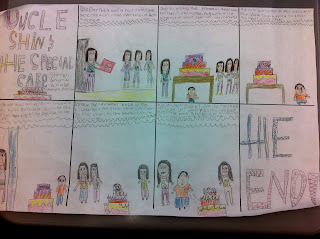 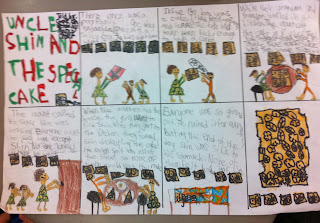 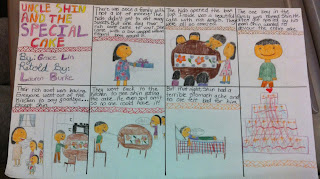 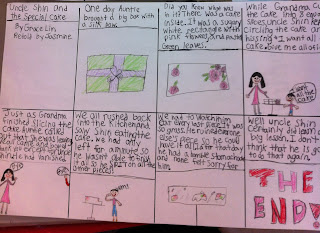 That's because my Uncle Shuin, who is the Uncle Shin in the book (I thought that was the way to spell it when I was  a child which is why I kept it that way in the book) passed away in August. Despite his greediness as a boy, he grew up to be a highly respected surgeon, a loving father and truly compassionate human being. Some might think that his naughty deeds as a child are the best way to remember him, but he also had a pretty good sense of humor. I think he'd be pretty amused to see his childhood mischief in cartoon form.  I know I was. 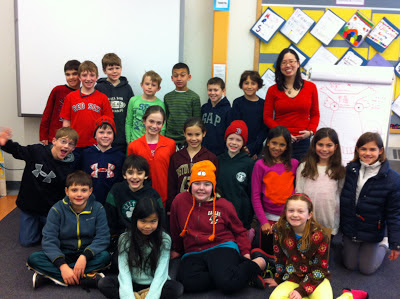 Thanks so much, Wellesley students!
Posted by Grace Lin at 9:54 PM