So, now it was time for step two of Rain Dragon's sky ceiling. I wanted it to be clouds and blue sky during the day but I wanted it to be stars at night.  I wanted the stars to be pretty realistic, those glow-in-the-dark star stickers just didn't seem right after all the work I did to make the clouds. So using the intergoogles I found this make your own planetarium kit  and put it on my Christmas list:

It was a pretty neat kit. You choose the date and time of your star chart, project it and , following the projection, dab in glow-in-the-dark paint: 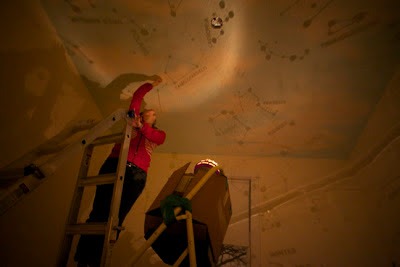 I think the star theater was made for a bigger room because there was a fair amount of distortion. Also, it was impossible to dab the glow in the dark paint in a neat way and at first I was in a nervous panic that I was ruining my clouds. 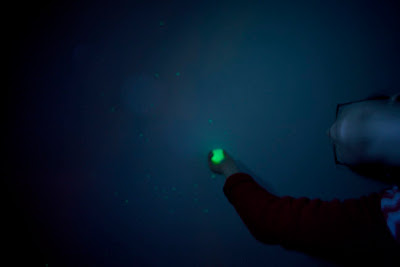 But, surprisingly, it turned out great! The overall effect is actually rather magical, though you will have to take my word for it because none of the photos came out.  Suffice to say it came out so well that I might do a star ceiling for my studio, too! 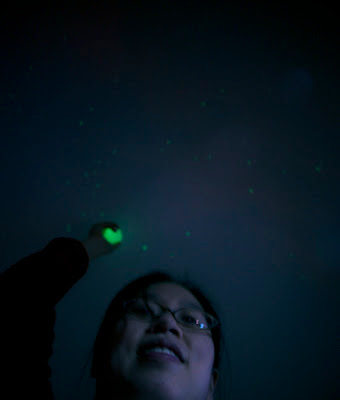