So the big library awards were announced on Monday and my book did not receive one. Of course, I wasn't expecting one but I admit after hearing some very respectable people favoring it, I did nurture some hopes.

However, even though the award was not meant to be, it's been heartwarming to hear from individuals who thought the book was worthy. If anything it reminds me that my pact as an author is with the reader. I promise to create my absolute best for the readers of my book, not for a committee and not for an award. And the winning books are wonderful...heck, I probably would've chosen them over mine as well.

This year, while the winners were being called and the announced I was at a doctor's appointment for Rain Dragon and she had to get her vaccination shots. I hate when she has to get shots, I've had to hold her while the nurse pricks her and she looks at me with wails of betrayal.  I feel awful;  the last time she got her shot I had to close my eyes and not watch.

But on Monday, for the very first time she didn't cry. When the nurse poked her with the needle, she tensed up, screwed up her face but didn't cry. She just sucked her fingers and looked at me as if to say, "Now, can we go home?"

I wouldn't be human if I didn't admit I was a little disappointed about the awards, but if Rain Dragon can be that brave, I think her mama can take some lumps too.

Congrats to all the winners!! 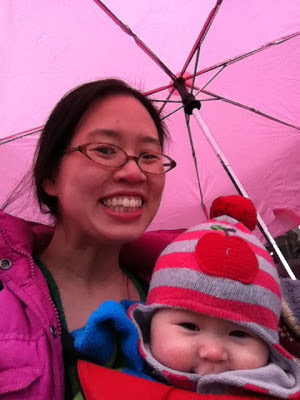 Your books shine brighter than those with a foil sticker on their covers.

Well said, Pat! Yes they do.