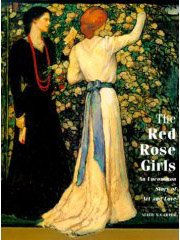 Thanks for the explanation. I liked it, a lot. It struck a chord in me . . . go figure. I love reading the blogs you ladies put together. Very helpful, very informative.

Hi, I am sure I am posting this comment in the wrong section but I had a question for Alvina.

Hi Alvina, last year I listened to you and two other editors speak at the Meet The Editors in Bucks Cty Pa. At the event, you advised you would take query letters via e-mail.

I tried to query you at the e-mail you gave but it has been returned.
My question is, Have you decided to not view query letters via e-mail?

Any help you can provide will be appreciated.

P.S. my email is mygirl627@comcast.net

Good explanation, although I'm surprised the name didn't come from the quote in Glass Menagerie: "They're common as — weeds, but — you — well, you're — Blue Roses!"