"That was rather a stupid thing to do, wasn't it?"

I am in Scotland, and thought that this year, the logistics -- even my heavy luggage would be easier because I would know how to do things. I had the port of Oban all planned:

-go straight from the train to the luggage lockers (they still have those here)
-walk to hotel
- fun etc.
-next morning take only and early ferry to island

I put my luggage in the locker, closed the door, paid- - and THEN noticed a sign saying that the train station didn't open until 10.45 a.m. on Sunday, two hours after my ferry's departure. I asked at the ticket window about workarounds, refunds -- none. So I decided to take everything to the hotel with me, in a taxi.

I scratched off the black strip on the  locker ticket which, I assumed, would reveal the code that  opened the locker. It didn't. So I went back to the window. The man behind it was outraged.

"If you had read the instructions which are posted in large letters....[much longer than I am putting it] you would have seen that you don't scratch off the bar as though you're holding a national lottery ticket. You open the ticket -- the code is on the blue side underneath. [Note: Nowhere on the ticket does it say this, only on the sign on the wall, towards the end of many steps].....But you just scratched it off and destroyed the code.

That was rather a  stupid thing to do, wasn't it?"

I always react badly to this kind of thing, wherever I am; but in the UK, it instantly makes me revert to being an 8 year old -- though at my boarding school, the phrase was usually more like:

"That wasn't very sensible, was it?"

I felt my face grow hot, knew I was blushing, muttered something-- and STILL he kept lecturing me! He eventually got someone to open the locker (he said he couldn't possibly do it himself as he had to sell tickets --not that anyone was waiting to buy any).

Finally I got into the taxi, flustered - and told the driver all about it. He was friends with someone on my island destination, instantly took my side, apologized for his countryman, and said various soothing things. I said my country men were often rude, too, and apologized for them. Americans are rude, often; I just don't expect the British to be -- and usually, they aren't. I guess it's good for me to realize that they aren't perfect: I (like many who love English and Scottish novels?) do tend to idealize things here. So often, being here IS like living in a favorite novel; though come to think of it, they always include characters like Lady Catherine and Mrs.Ferrars and Mr.Elton.

Yesterday I was feeling down, having just received the news that one of my books (one that I love) is going out of print. It is somewhat inevitable these days; if you publish long enough it will happen to you at some point.

But no matter how much you expect it or how many times you've been through it, it never ceases to feel like a punch in the stomach. Then I came across this chart by Demetri Martin: 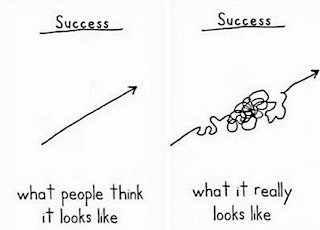 And it made me feel a bit better. You never know what great things lay around the corner or how they will lead to the next place you go. Onward we march.

(Some inspiring stories here, via A CUP OF JO)
Posted by Anna Alter at 12:14 PM 3 comments: 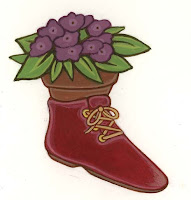 Are you looking for a simple way to celebrate Earth Day with your kids? There are a number of activities for the wee ones on the web site for my book What Can You Do with an Old Red Shoe?. Download free coloring sheets or activity pages, a curriculum guide for your classroom, or check out the resources section.

In spite of everything

In trying to come to terms with what happened in Boston, I find myself remembering Ann Frank:

“In spite of everything I still believe that people are really good at heart. I simply can’t build up my hopes on a foundation consisting of confusion, misery, and death. I see the world gradually being turned into a wilderness, I hear the ever approaching thunder, which will destroy us too, I can feel the sufferings of millions and yet, if I look up into the heavens, I think that it will all come right, that this cruelty too will end, and that peace and tranquility will return again.”

To me, this says more about her (and her youth!) than about how things really are  -- perhaps that's why it's so moving.

But it's one of the most powerful statements of what IS good in us -- and how important hope is, in real life and in books for the young  -- that I've ever read. 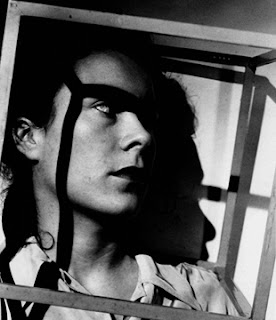 (This image is from tricycle.com)

a real life Ling and Ting!

I meant to post this here last week but I forgot and only posted it on my personal blog. I've been having a hard time remembering what I have done --because I have so much to do! I admit, it's been a bit stressful, I haven't found a good way to juggle work and baby, packing, unpacking, prepping for sales... and I have to do my taxes. bleh.

But, I had my  booksigning at Porter Square Books bookstore. It was the last time I could call it a booksigning at my local bookstore as after this I will be two hours away! So, it was another reason to feel a bit melancholy. However, such an amazing, wonderful crowd showed up that any feelings of sadness quickly disappeared. 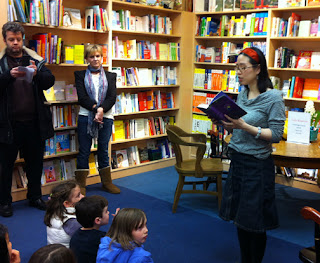 I was so thrilled to see such a full house: 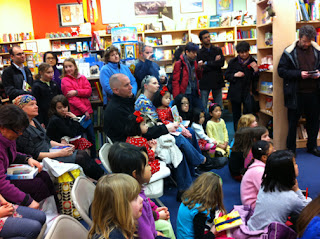 And to meet such all my lovely readers! This reader was the winner of the Storyworks Contest based on my story: 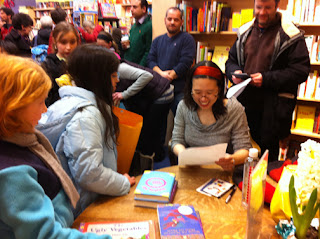 And then, these two were waiting patiently the whole time... 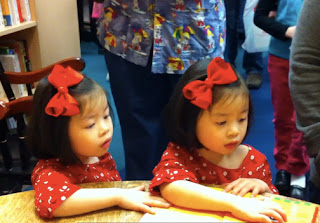 to get their Ling and Ting books signed!  Can you tell why? 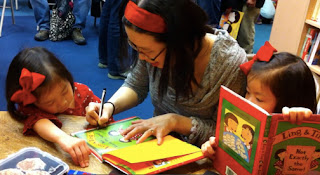 Yes, they were a real life Ling and Ting! Aren't they sweet? 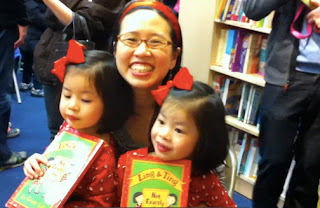 The whole event completely cheered me up! It was so great that I think I will have to come back in the future-- it's worth the two hour drive! So maybe I lied about this being my last signing at Porter Square Books...Thanks so much for coming, all!

Thanks to everyone who entered and voted in the contest! The challenge was to write a story in 50 words.

The winner, chosen by reader vote:


We first met at a charity gala, our bruises hidden under designer gowns and cosmetics.

But Marnie! You entered so anonymously that we don't know how to get in touch with you.

Where do we reach you? And would you like a signed book or chocolate? Please let us know by emailing:

Again, thanks to everyone who entered and commented: it was interesting to read everything, and very surprising to me that the readers agreed so much!

Posted by Libby Koponen at 1:14 PM No comments:

Come join me tomorrow, April 9th, for the Winchester Authorfest!

Come to get a signed book or just say hello!

VOTE on the 50-word stories

Please vote for your favorite  50-word story in the comments by April 7.

You can vote anonymously and comment or not, as you wish -- but do please vote via the Comment box by April 7.

We'll email the winner, ask if she wants chocolate or a book (some people said when they entered, some did not), and announce the winner on April 8.

1.
“Leave the iPad behind!”
My island-bred kids are sullen.  The speedboat will deprive them of cyber-fun:
“Been to Staffa before… Too cold…. Get seasick….. ”

Slumped, reluctant shoulders are slowly, inadvertently uplifted into sea-spray, wind and sunlight as the boat jolts through glistening waves, then planes – exultant - towards open sea.

5.
The man sharpened his blade, the time had come.

He walked alone. Fall leaves fell behind him creating shadows that played with his mind. Before another could rest upon the ground to decay, he stabbed the metal chest. Oil seeped into the earth from the life-like machine keeping him prisoner.

Two teen-aged girls giggled in the van's back seat; their moms chatted in the front. Giggles flooded the dressing rooms in every store as they tried on many different outfits. Four stores, no clothes. Giggles continued on the ride home. It was a successful shopping day.

7. Priceless by D. M. King
An evil darkness eclipsed the desert, so Caleb Grady stuffed the golden relic in between his vest and his heart. If all the stories were true, he’d be rich. Six more steps through the blazing sand, and he’d be home free. Lightning cracked. The statue survived. A dream died.

When Grandma flung back the fishing line, she never suspected the surprising catch of the day. Likewise, Hopper, her grandson who sculpted a fortified sand castle nearby, never imagined his own impending adventure. Backward out of the sky dropped the lure that pierced Hopper’s lip, Grandma’s greatest catch ever.

9.
Feeling her soul slip its mortal tether, Sybil gazed past breaking waves. What if she just swam until exhaustion set her free? No. Back at the beach cottage, she gave her grandsons one last hug, lay on her bed and whispered, “See Ya;” her soul rising with the words.

We first met at a charity gala, our bruises hidden under designer gowns and cosmetics.