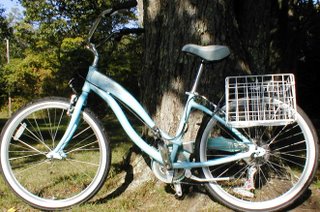 When their children got in trouble, parents often said that the parties involved were a “bad influence” on each other. As one friend of mine put in our teenage years, laughing:
“Meanwhile the kids are having a great time.”

It still feels strange – but nice – to have friends who are fun and a GOOD influence. The Blue Rose Girls are both. When we spend the weekend together, we get to talk about children’s books as much as we want; and we inspire and reinforce each other as artists. The only bad thing we do is eat too many cupcakes. We talk about careers and jobs and other practical things and give each other the kind of advice that really helps (instead of the kind that makes you feel like a bad person).

But we’re a good influence in other ways, too: I’m getting to work earlier as a result of the visit (one hazard of being a freelancer is wasting time, especially in the morning. Too often I dawdle mine away). But this week – so far! – I haven’t. I’ve gone for a bike ride first thing, partly because of the BRGs. It was cold when they arrived, and hot by the time we decided to go for a bike ride – so instead of wearing their blue jeans, Anna borrowed a pair of shorts, and Grace decided to wear her pajama bottoms (they were flowered and looked MUCH nicer than the black spandex most people around here wear for biking). 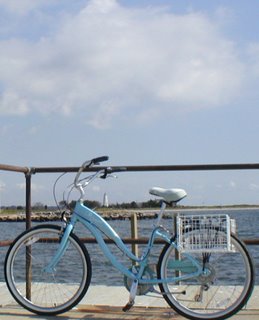 Posted by Libby Koponen at 9:35 AM

I love the pictures of your beautiful bike, too!

Wonderful! I wish I had come, I could use some good influence. What a beautiful bike.