The Evil Queen Speaks to Her Magic Mirror: An Original Fairy Tale Poem

More than fifteen years ago, I began work on a collection of rhyming fairy tale poems. I’ve never submitted the collection to a publisher. Still, I have enjoyed writing—the mostly humorous—poems. Some of the poems are written as soliloquies, some as conversations, some as letters, and some as classified ads.

Here is a fairy tale poem from the collection in which Snow White’s frustrated and envious stepmother speaks to her magic mirror.

THE EVIL QUEEN SPEAKS TO HER MAGIC MIRROR
by Elaine Magliaro

Mirror, mirror on the wall,
You say Snow White is best of all.
She may be lovely, I’ll agree—
But she’s a moron. Can’t you see?
Thrice I fooled her she’s so trusting.
I think her brain needs readjusting.
I’ve never seen her reading books.
She only cares about her looks.
I’m not as pretty as the kid…
But she’s no smarter than a squid.
Why, I’ve earned ten advanced degrees
From seven universities!
I’ll change the question. Now I’ll be
The best in this vicinity:
Mirror, mirror on the wall,
Who’s the SMARTEST one of all?

At Wild Rose Reader, I have another original fairy tale poem that is written in the form of a FAX from the Seven Dwarfs to Snow White.

Heidi Mordhorst has the Poetry Friday Roundup at My Juicy Little Universe.

P.S. We had a baby shower for my daughter Sara last Sunday. You can read about it at my Wild Rose Reader post A Baby Shower & Everywhere Books!

Here are a few pictures from the baby shower:﻿ 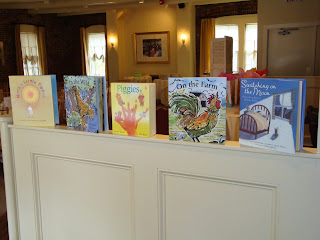 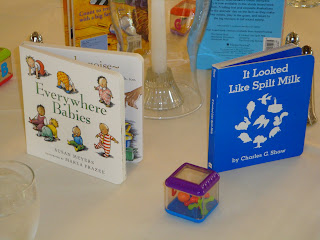 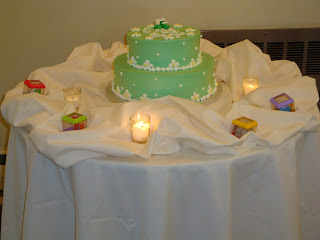 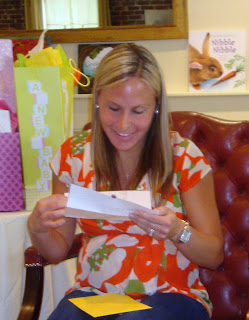 The shower looks lovely, congrats to you and your family!

ps I love the idea of fairy tale characters writing to eachother.

Whose the SMARTEST seems like a valid question to me!!!

Looks likes lots of fun at the baby shower! Congrats to all!!