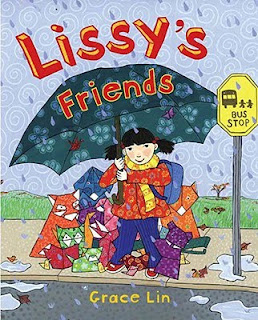 Even though it takes me a while to answer, I do like to read the reader letters I receive as soon as I get them. Most of the time they are encouraging, which is always very appreciated when I am struggling with projects (authors have very fragile egos, recently I had a nightmare that the publisher published the advanced copies of my book using my horrible first draft). So, I admit I was a bit taken aback when I received a letter that was more concerned than complimentary about my book "Lissy's Friends."

Here is part of the letter:

Although the children love the book, I am writing you out of concern for how the character Lissy was portrayed. I recently read the article Not for Sale by Tracy Lai where the author write how racism is perpetuated on Asian American women through having them described as "being desirable" (in the work place) because they are cute (as in doll like), quiet rather than militant and unassuming rather than assertive...I read your press about being a multicultural book author, and in the end there is a paragraph that states you write about the Asian American experience, and that you believe books erase bias. In reading your book to children, I feel that I may unjustly perpetuating a stereotype that has been used to subjugate Asian American women; no matter how innocently it was portrayed. I do wonder if this book was written about a shy white boy or girl, if I would feel as strongly.

I admit, the grumpy part of me felt just like throwing the letter away (now that I think of it, this whole blog post is more on the grumpy side, which I apologize in advance for) and chalking it up to another learning experience. The truth is being a "multicultural" author/illustrator is always a slippery slope. Authors are human. We create books and characters with the hope that our words express our true intentions. Sometimes we succeed. Sometimes we make mistakes. I'm willing to admit to certain books of mine have even failed; I just have to live with it and try harder the next time around.

But the more I thought about the letter, I began to feel that, in this instance, I wasn't sure if I agreed that the character of Lissy was a failure on my part.

In the book, Lissy is very shy and creates friends out of her imagination with origami. When her origami blows away and is discovered by other children, she is able to make real friends. The character of Lissy is actually based on my niece, who used to be extremely shy among strangers, often hiding when addressed by one. In fact, most of the characters in my books are based on myself and I was definitely more shy than outgoing as a child (and still am). And one of the books I have swimming in my mind for the future features a shy, Asian protagonist. Should I change her because of the fear of perpetuating a stereotype?

And my answer is no. Because before I am a multicultural author/illustrator, I am an author/illustrator without the adjective. I am aware of the adjective, I am sensitive to it, but I also know that I need to write a story that is authentic to myself first. I'm not saying I won't write about a boisterous Asian character, but I do have to write the voice of the character that is true to me. To me, it seems unfair (and not to say stifling!) to think that I have to be limited to what kind of characters I wish to write about because of my/their race.

And it also seems to be asking a lot of any author for the character in their book to be indicative of an entire race. As I mentioned in my booktalk of Little Pear, No one book is supposed to be representative of a culture.

So this was my response:

To address your concerns about perpetuating stereotypes--personally, I only feel that the book perpetuates the stereotype if it is the only book with an Asian character in your library. Just as there are shy white children, there are shy Asian children (I was one of them). One book should not and cannot define an entire race. My suggestion is to include other books with Asian characters in your children's reading--which would then show Asians with a range of personalities. Just like how it is in real life.

I didn't have the time, but if I did I would've included a list of books with unshy Asian characters, like Jenny in Uncle Peter's Amazing Chinese Wedding, and books with non-Asian shy characters, like Disappearing Desmond. That is a great book, by the way. If "Lissy Friends" offends you, please go get that one instead. Unless shy cats offend you too. 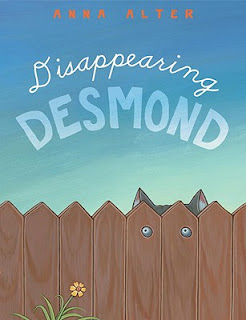 I too was a shy Asian girl so I really appreciate that you wrote a book like Lissy's Friends. (Haha, I even loved origami.) I wish I could have read it when I was young because I think it might've helped me to break out of my shell a little.

Great post! Fantastic response! I think as long as you write true to your own heart, that's what matters. Go you! I remain a true, blue fan of you and your work. xo debbi

Oh for God's sake. I was a shy NON ASIAN kid. Really. I love that book. I identified with Lissy. Who cares what race she is? This is what really irritates me. We have to be so worried about these things that now we can't write anything for fear of this kind of stuff? There are shy kids everywhere! So now you can only write about super outgoing Asian kids? That would seem really, really false to me. You have to write what you know. Imagine all those poor shy asian kids not finding any books for themselves because all they could find were books about outgoing asian kids! They'd think there was something wrong with them! You need a range. Grace, just keep doing what you're doing!

Agreed, first and foremost you have to write true to your experience!

Your book begins: "Lissy was the new girl at school."

IMO, that is the context for why Lissy seemed shy. As you know, I was an elementary teacher for many years. Lots of young children feel/act shy when they don't know the other children in their classrooms...when they haven't yet established any friendships. I see "LIssy's Friends" as a story that speaks about the feelings MANY "new kids at school" feel--no matter what their race or ethnicity is. The character of Lissy just happens to be Asian. I don't see any stereotyping in your book.

I thought your response was perfect. Which brings me to the next point, what about Minli? She certainly wasn't a shy character. Perhaps this person should add "Where The Mountain Meets The Moon" to their shelf.

Thanks, everyone, for your nice words. Stereotypes are always something to be aware of, and actually I do appreciate that the writer of this letter obviously spent a lot of time and thought considering it.

Ha, yeah, the writer of that letter should go buy Where the Mountain Meets The Moon.

Ling and Ting aren't shy, either!

I think it is quite a stretch to make a connection between showing natural feelings like situational shyness and/or a quiet personality in a child with perpetuating the complex adult racial and gender stereotyping the letter writer suggested, because they come from utterly different places for utterly different reasons.

Being introverted or extroverted is a personality type, and has nothing to do with one's capacity to be assertive, strong, decisive or powerful. Strength is in one's character, not in one's external style, and speaking of stereotypes - it is actually a tired stereotype to suggest otherwise!

Sometimes people get too carried away with political correctness and stray into the area of censorship.

Great response, Grace! I was a shy black kid, and was pretty much the only black kid in my class.
When a Filippino girl moved in and was the "new kid", I befriended her immediately because I knew how it felt.
Books are SO important. Keep up the fantastic work!