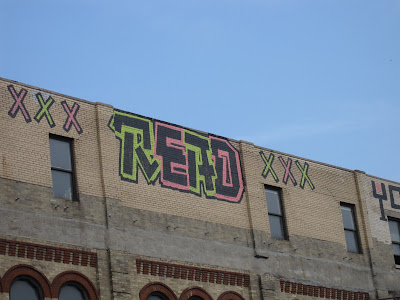 I'm just back from Boston for Grace's very successful book launch for Where the Mountain Meets the Moon--there were over 100 people there! One family drove all the way from NY to be there. So fun. But I assume Grace will be telling more about this on Wednesday, so for my post today, I'm going back to my very busy weekend prior, of BEA.

I don't usually go to BEA--I don't think it's a secret that the books I edit are generally more directed towards the school and library market--ALA, IRA, NCTE, those are my conferences!

But if BEA is in NY, I'll usually stop by for an afternoon and walk the floors. This year, I also had three meetings with various foreign publishers who were in town.

BEA on Friday is kind of a nightmare--the floor is so crowded it's hard to navigate. And I have to say, I noticed that giveaways seemed more limited than usual--I saw very few piles of ARCs up for grabs.

This year, we hosted (among others) Holly Black and Cecil Castellucci, editors of a short story collection I also edited, Geektastic. They had been invited to participate in the speed dating session, and we decided to throw a geeky party in their and the book's honor. Unfortunately, Cecil was not able to attend at the last minute (she was missed!), but I enjoyed hanging out with Holly and and her husband Theo. We took a ride on the fabulous double-decker Mysterious Benedict Society tour bus: 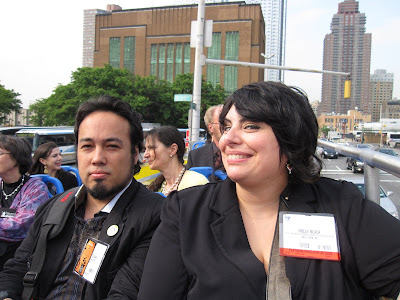 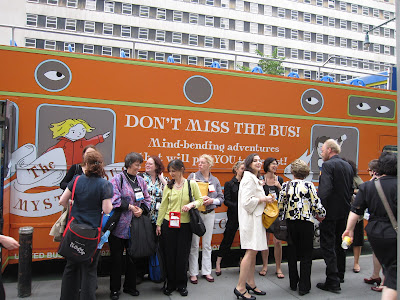 that took us and many other Little, Brown authors, colleagues, and bookseller guests to the ABC Not-a-Dinner and (Mostly) Silent Auction at the Brooklyn Bridge Marriot. It was quite a windy (but fun) ride! Can you spot bookseller Alison Morris, and authors Trent Lee Stewart and Patrick McDonnell in this video?

The event was fun--Shannon Hale emceed, and I was shocked and delighted to discover that she's basically a stand up comedienne--so funny and endearing. Katherine Paterson (amazing) and Mike Lupica were the keynote speakers, and the E.B. White Award winners were announced: A Visitor for Bear by Bonny Becker, illustrated by Kady MacDonald Denton won for picture book, and Masterpiece by Elise Broach (yay!) for Older Readers.

And then was the fun mingling, eating, drinking, and merrymaking, and silent auction. I bid on a Rosemary Wells piece but was quickly outbid. Last I saw, Mo Willems had the winning bid on Edel Rodriguez's donated piece from Sergio Makes a Splash, which was fun to see. I think Peter Brown's piece for The Curious Garden went for over $400. It was a good night.

I had planned to head out to the Kidlit Drinks Night afterwards, but got sucked into staying in Brooklyn with some of the Abrams crew and some other authors and illustrators, including Lisa Greenwald, Jenny Han, and Peter Brown. 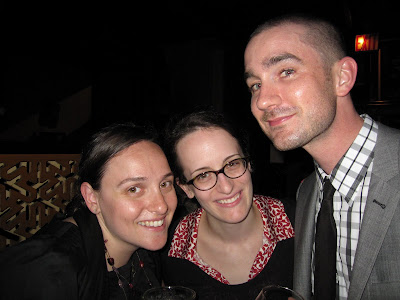 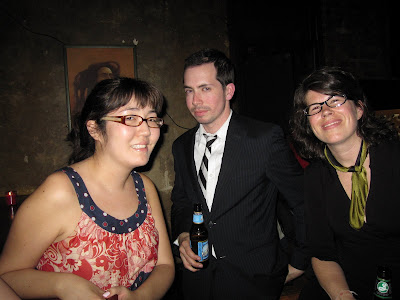 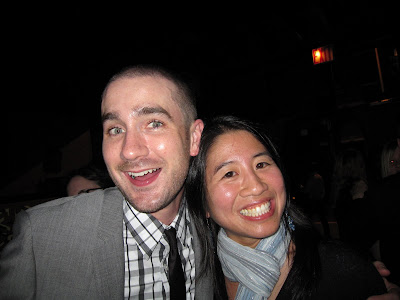 The next day, I was off-duty from BEA, as I had a wedding shower and baby shower to attend that day, but Connie filled in for me and sat with Holly during the speed dating, which I heard was quite successful, as was the book signing, with surprise guests Kelly Link and Cassandra Clare, both contributors to the collection, who signed alongside Holly.

That night, we hosted the aforementioned geeky party for Geektastic--and what could be more geeky than a bowling party? The location was anything but geeky, though--it was in a private room at the new Lucky Strikes. Very snazzy, indeed. And yes, much bowling was had. There was a great turnout, including many of the authors who contributed to the collection. 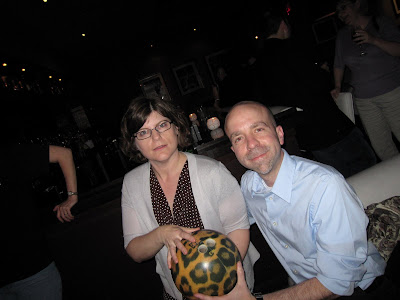 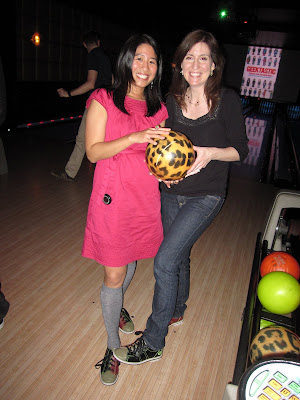 me and contributor Wendy Mass 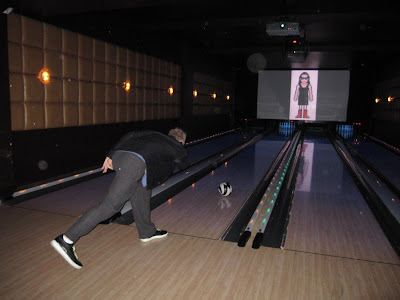 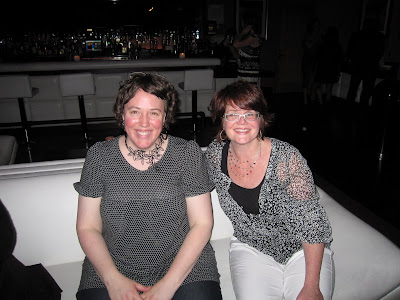 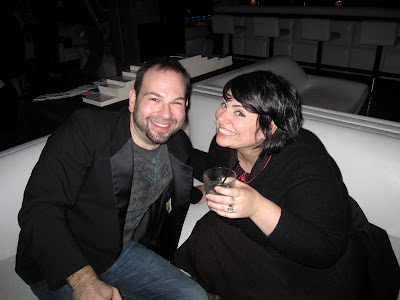 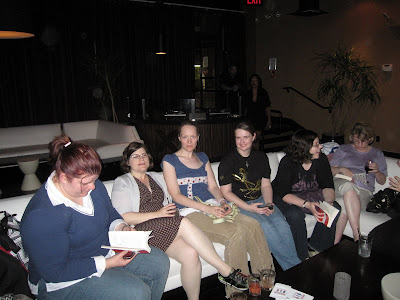 Sara Zarr sitting with blogger guests who Twittered (tweeted?) and blogged throughout the night. 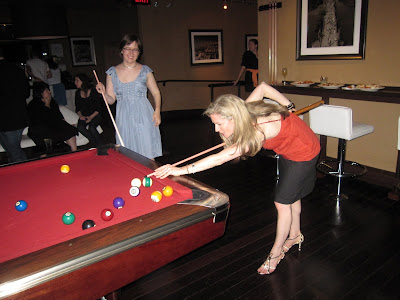 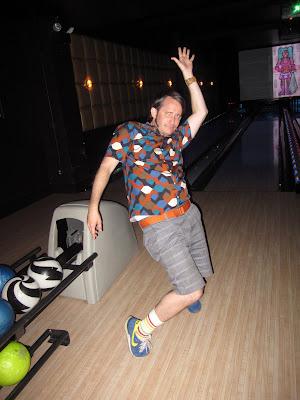 Jack Martin of NYPL celebrates a spare (or strike...or something) 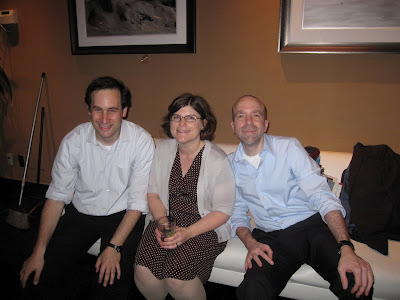 And finally, please enjoy a video of Laura Lutz, the most glamorous bowler ever. What fabulous form!

Geektastic is out this August. It's just as much fun as the party was.
Posted by alvinaling at 8:30 AM

So many fun pictures - thanks - I almost feel like I was there.

And it's cool to be geektastic :)

by far best BEA recap eva THANKS for the pictures and video u rock!!!!

It was great seeing you at BEA. Loved the Geektastic party! I especially loved that it wasn't packed, so there was a chance to talk to all the authors and the bowling and pool made it easy to mix and mingle too. Really a fantastic party!