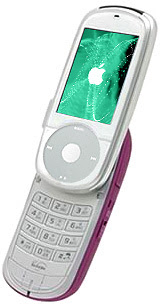 Say you’re writing (or rewriting or editing!) a realistic novel, and once they’ve gone home for the evening, two characters – girls around eleven – best friends – have matters to communicate. How do they do it? And what do you, the author, tell readers about the devices they use?

Sometimes I’m tempted to give characters things I don’t have myself, like one of these

but in this case, I’m not going to do that. I don’t want to name a brand, nor do I want to date the book. Who knows what we’ll be communicating with in ten or twenty years? I hope my books will be around longer than that. When we were editng Blow Out the Moon, I suggested putting the letter To Anyone Who Has Read This on my Website instead of at the back of the book. Alvina said no, "I hope people will be reading this book when we're dead and gone." I hope so, too: that book and this new one. That's what I want: to write something that becomes a well-loved classic. (Just a modest little goal!!)

Someone once said that one reason Jane Austen hasn’t dated is the LACK of detail in her books. Of course, I am not saying I am like her, and she’s got a lot more going for her than lack of details about objects, but it is true that she rarely mentions, let alone describes, the kind of details that are such a big deal at one time in history and non-existent in another (like pattens – she wore them but I don’t think they ever show up in her novels).

She probably didn’t mention them because those kinds of details weren’t essential to her story….and maybe my girls’ communication devices aren’t essential to THEIR story, either; but they do have a lot to say (and not just to each other, they need these things to make their plans!). I have given them cool little devices they talk into, and type into….I just don’t know what to call them. Any suggestions? I’m at the plain hard work part of rewriting the book and I need to decide these kinds of things, or just wimp out and say “phone” or “computer” or make up a word.

Or maybe it would be better to just have the girls write or talk to each other and not say how they did it -- not name or describe the devices at all? That's how it is now and maybe that's how it should stay. What do you think? 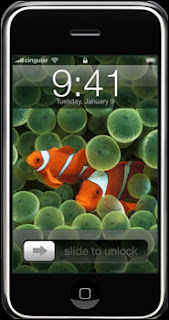 Posted by Libby Koponen at 8:35 PM

When Penguin reissued their Judy Blume hardcovers 5 or 6 years ago, they "updated" just that sort of thing in some of the novels -- I remember reading "Otherwise Known as Sheila the Great" and coming across a passage in which someone is using a cd player, which they certainly didn't have in the 70s! I don't really agree with that sort of 'meddling'... but of course I'm not a kid reading the book for the first time in the 2000s, either.

That's really interesting--thanks, Leo! I don't approve of that kind of tampering, either; another reason to maybe just not name the device at all. Maybe just say they wrote, or tealked, and not say how?

Anyway thank you -- and congratulations on being a Book Sense 2006 pick. It was really fun to see your name there (and Grace's and Meghan's, too).

Thanks for the congratulations, but I don't think it was me you saw on that list... I didn't have any books out in 2006!

First of all, I love the images you use in this post--I can't stop looking at them! Shiny things...

I say, write what they really are, or don't mention it by name. Otherwise, I think it would feel forced.

I was just commenting to a friend yesterday about how text messaging has really changed how people communicate. I'm so curious to see what's next.

It's funny that you should say that (about the images) because when I was trying to decide whether to write about this or the Plain Hard Work part of the writing process, I picked this because I love those images too.

(STEVE JOBS are you reading our blog? I used to work for you, remember? DOn't you think the Blue Rose Girls should all get iphones?)

There's a fine line between being trendy and being dated.

There are a few books which I shall not name here which try to be SO totally uber-hip that every. other. word. is a brand name. Every character's outfit is detailed. Every character has the newest type of computer, cell phone, messenger, whatever. I don't want to name brand names here either, so let's say if I NEVER AGAIN read, "Trisha whipped out her Pomengranate and typed a fast Eye'Em to her BFF, like, OMG, LOL, DYK?" I will be a very happy girl.

I love, love, love when contemporary books are NOT dated to begin with - as in, the year is never stated, and the storyline is so that you don't NOTICE the absence technology and politics because they don't matter within that story. Example: THE CREEK by Jennifer L. Holm. I love that book ten ways to Sunday.

* I should probably translate part of that: ...Best Friend Forever, like, Oh My God, Laugh Out Loud, Don't You Know?

I actually saw a little between-show-and-commercial bit in which a teen girl said, "BRB," then waved and added, "LOL!" Pardon me? You don't say, "Be right back, laugh out loud." Or maybe SHE does, but I don't.

"I have two words for that: What-ever."

hahaha--OMG, LOL. Seriously, though, I'm glad you translated DYK, because no, I didn't know.