Last week was a pretty good week--I attended the awards ceremonies for two awards voted on by kids. The first was the Children's Choice Books Awards sponsored by the Children's Book Council. It was held at Guastavino's under the 59th Street Bridge. I live less than 15 blocks away and I never knew it existed. But it was a gorgeous space. 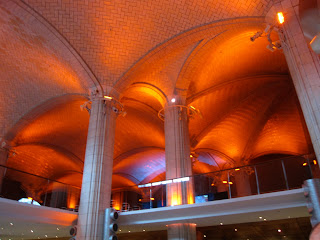 Peter Brown was up for Illustrator of the Year for The Curious Garden. As soon as we entered we checked out the competition: 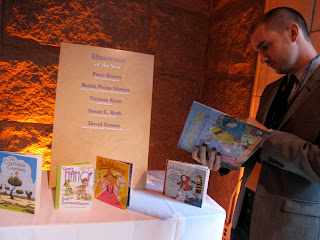 The authors were given colored name tags so that the kids could identify them and ask for autographs: 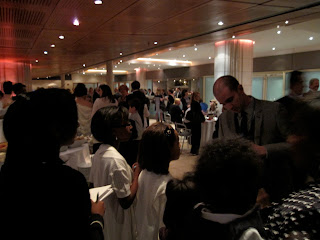 After noshing on heavy hors d'oeuvres (Sliders! Mac 'n cheese!) and wine, it was time for the award ceremony. It was emceed by the incomparable Mo Willems: The first award was for Kindergarten to 1st grade. And the winner was... 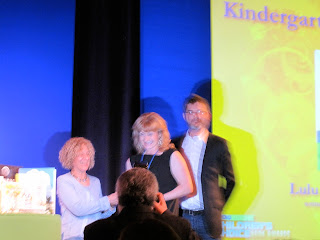 Lulu the Big Little Chick written and illustrated by Paulette Bogan, as presented by Cloudy With a Chance of Meatballs author Judi Barrett.

Next up was the award for Third Grade to Fourth Grade Book of the Year. And the winner (as presented by Jacqueline Woodson) is... 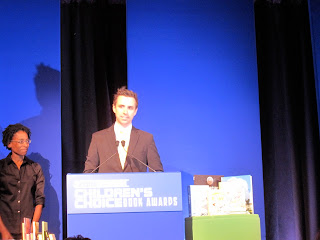 Friend of the Blue Rose Girls, Jarrett J. Krosoczka for Lunch Lady and the Cyborg Substitute!

OMG, who is the next presenter?! 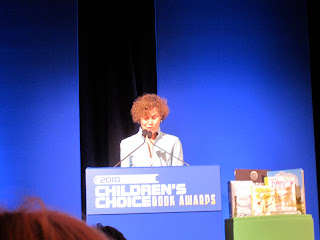 Judy Blume!!! She announced that the Book of the Year for Fifth to Sixth Grade was... 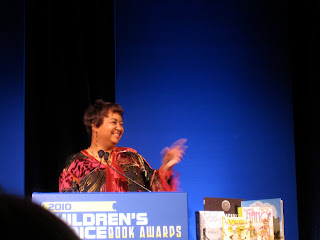 
The next award was for the Teen Choice Book of the Year. Future Little, Brown author Libba Bray was the presenter, and announced the winner as... 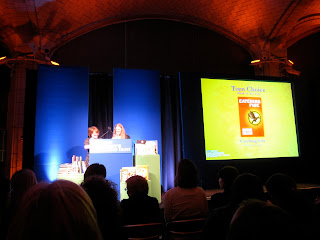 And finally, the big two awards, Author of the Year and Illustrator of the Year. First up was for author of the year. And the winner is (as presented by Newbery Award-winner Rebecca Stead)... 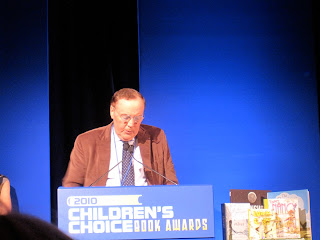 And the moment of truth...Caldecott Medal winner Jerry Pinkney was on hand to present the Illustrator of the Year award. And the children's choice is... 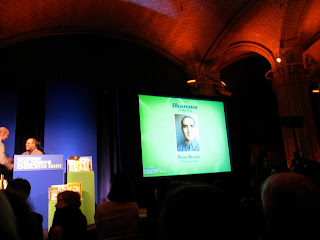 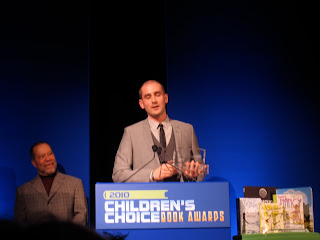 (sorry, Peter, for some reason my only pic of your speech is you with your eyes closed.)

Peter gave a lovely, heartfelt speech. But the night wasn't over yet. Next on the stage was none other than our National Ambassador for Young People's Literature, Katherine Patterson, 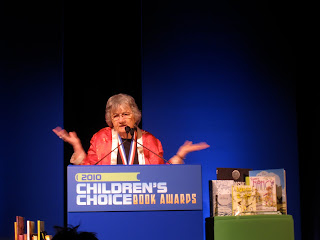 who presented a special honor to First Book President and co-founder Kyle Zimmer: 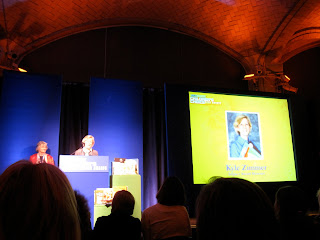 A few more pics from the night: 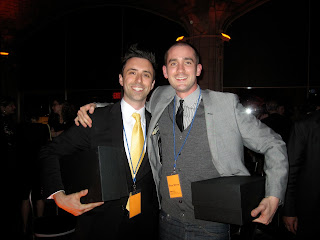 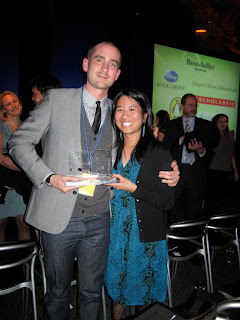 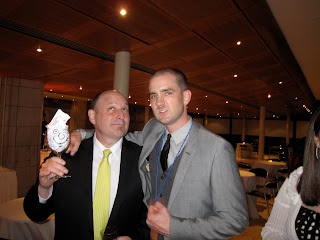 Two mornings later, I attended an event with a very different feel, but with the same spirit. The Irma Black Award is sponsored by Bank Street College of Education:


The Award goes to an outstanding book for young children — a book in which text and illustrations are inseparable, each enhancing and enlarging on the other to produce a singular whole.

Kids selected four finalists, and Sergio Saves the Game by Edel Rodriguez was one of the four. It wasn't ultimately the winner--that was Robot Zot by Jon Scieszka and illustrated by David Shannon. But I was happy to celebrate the Honor win with Edel at a breakfast ceremony. 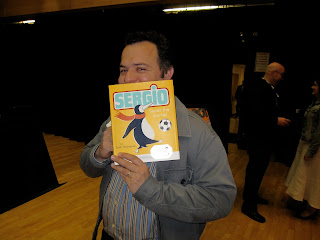 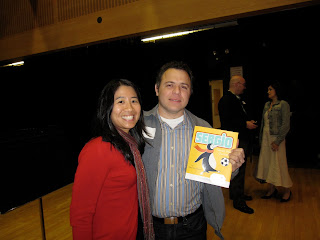 Carmen Agra Deedy gave the keynote. She's an amazing storyteller, and I swear, I could listen to her forever. She made us laugh, she made us cry, she surprised us, she inspired us: 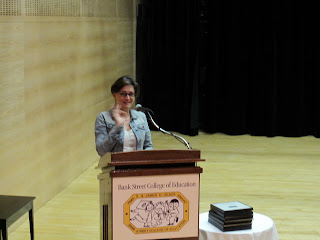 And then Edel gave a short thank you, and commented that like Carmen, he too was from Cuba, having come to the U.S. when he was eight. He said, "I hope that Americans realize that we need immigrants." Hear, hear. 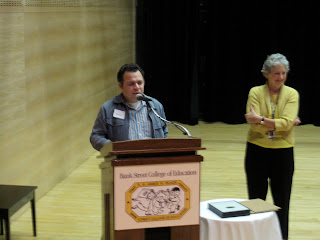 And there's the Scieszka guy again, making us all laugh as usual: 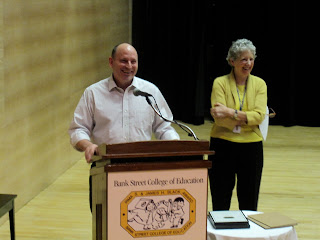 Congratulations to all the honorees, nominees, and winners. And a hip hip hurray for the REAL winners: the kids, of course!


P.S. Here's a video of Carmen speaking at TED: