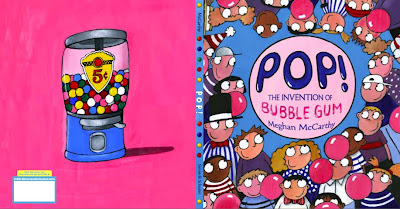 I forgot yesterday that I had a new book out until someone came into the store and asked me when it was coming out. I said "I think maybe next week or so." Then I looked it up and said "No, it's today." Oops. THEN I was ringing up a line of people all buying the same country CD. And then they all began taking pictures of eachother and a woman who proudly held up the CD. Yes, it was her CD! She was so happy about it! She was on tour. I didn't ask where she was from but I wrote her name down so I just looked her up. She's no small potatoes. I didn't think she was after speaking with her. She was super nice but there was something about her that made me think that this wasn't her first time around the block. 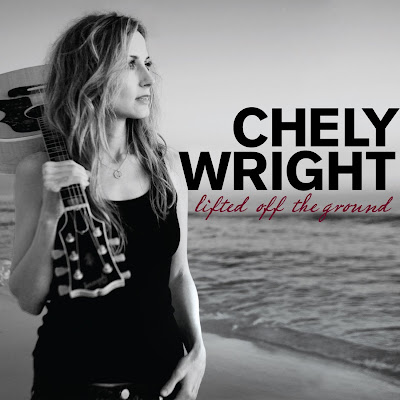 I asked her if she was sick of touring and she said no, she never gets sick of it. She just seemed so happy to have her new CD out and be in B&N and about the whole thing. I found it really inspiring.

Then the guy she was with said "She has a new book out today too!" I said "Congratulations! I have a new book out today too, only I almost forgot." They seemed surprised that I would have forgotten. I'm not sure if it's because I work in a book store so it doesn't seem to matter for that reason or because I still don't think I can make a living doing this or what the exact thing is but I'm just not taking photos with my new book at the check-out counter. I wish I were. I wish I could be more like Chely Wright.

Below is a starred review from SLJ for POP:


“This picture-book biography of the inventor of bubblegum is equal parts informative and entertaining. With appropriately simple but engaging prose, McCarthy relates how accountant Walter Diemer began “playing with different mixtures” in the late 1920s at the candy factory where he worked and eventually discovered a gum that bubbled. Judicious use of the inventor’s own words helps to convey his enthusiastic personality. Along with Diemer’s story, the author also covers a bit of gum history, the trial-and-error of invention, and the excitement that comes with a successful final product, all with just the right level of detail. Appealing acrylic cartoon illustrations fill this snippet of history with a sense of fun. The prominent curves of smiling faces and circular eyes and heads stand out against heavy lines and angles to fill each scene with playfulness that matches the subject. Rich colors capture the lighthearted joy of bubble blowers, both old and young, while contrasting darker tones reflect the drama of the inventor’s lab work. A closing spread offers further information about Diemer’s life, more fun facts about gum, and a full list of sources. Although the man will be unfamiliar to young readers, they know his invention well, and will appreciate his unexpected but well-earned success. McCarthy’s on-target presentation makes this a strong choice for elementary biography assignments, booktalking, or just plain nonfiction fun.”

Buy it and chew some gum (preferably sugarless) and please don't find my lack of excitement about my book's due date get you down about your own potential book's due date (if that's your thing). Think of Chely and her photography at the check-out line and go take some photographs.

I realize that it's funny that Chely White's album cover is WAY bigger than my book cover. Oh well. I just noticed that she's on TV all over the place. Her new book is an autobiography where she is now revealing that she's a lesbian. This might not fly for everyone in the country music community. I don't know. I live in NY. NYers don't care about that sort of thing.

Its funny you posted this today, I was just thinking about the exact same thing. Last night I watched Julie and Julia and both characters were so ecstatic when their books finally got published. It still makes me happy, but its not really the same feeling it used to be, maybe because now I know how much you need to do after the book is out to make it successful. Publication seems like just one step along the way, not the end goal. It used to feel like magic to have a book in a bookstore! Its good to remind yourself of that feeling every once in awhile.

A friend who thought writing a book would change his life but learned differently when he did it now refers to the pre-publication period as “the calm before the calm.” Still! Congratulations on the book, and the great review!

Yeah, it is kind of the calm before the calm. I should do a poll: how many people thought it would change your life?

Congrats, Meghan! I look forward to buying a copy for my girls. My oldest received Seabiscuit as a gift and I just fell in love with your artwork, and love that you have found such a great way to deliver histories to kids (and grown-ups like me!). "The calm before the calm" is a good way to look at publication. My first book will be out in June, and it hasn't really sunk in yet... I don't think that it will change my life, but really hope that it might lead to illustrating another book again someday. If anything, it has given me a little something to carry around in my heart and be happy about! :)

Congratulations! The book looks (and sounds) great... but why do you recommend sugarless gum? I like the sugared stuff myself. :)

but why do you recommend sugarless gum? I like the sugared stuff myself. :)

Yes! and "double bubble" was the BEST in that it had, not only gum, but a comic as well! (I date myself:)
Megan, the art is bright and beautiful. I am sure the book will be a huge hit!

I chew sugarless because it's good for your teeth. The sugar kind will rot your teeth!

Meghan, I picked up a copy of POP! at a children's book shop owned by one of my friends. She had your book prominently displayed. The cover is really eye-catching. I enjoyed reading all the interesting facts you included in the back matter of the book.