Amateurs and professionals: merry Christmas to all!

I love amateur theatricals, especially if they involve children. One of the most intense artistic experiences of my life was attending a Christmas pantomime (in the English sense: a play that takes a VERY familiar story, adds songs and plenty of slapstick, and encourages audience participation) in South Africa, just after apartheid ended. I was the only adult guest at a performance of "Cinderella" -- everyone else in the audience was a school child or teacher. Before the play began, my eight-or-so neighbor reassured me about it:
"It's the funny version," she said. And, when at intermission I leapt for the bathroom she was agonized:
"It's not finished!"

But that wasn't why it was so intense. It was because of the way the audience responded. At first, they were stiff- but pantomime actors are very skilled at getting kids to respond. Cinderella put some cheese on the table, went out - and some children, dressed as mice, danced in and ate it. When Cinderella came back, she asked where the cheese was. No one said anything. She kept asking, and finally someone said:
"The mice took it."

By the middle, when the wicked step-sisters (always played by men, in pantomime tradition) were preening for the ball and asking if they looked beautiful, kids were shouting:
"No, no, you're ugly!"

And by the end, when the prince was there with the slipper and the stepsisters had hidden Cinderella, most of the audience left its seat to scream hysterically:
"In the closet! IN THE CLOSET! Look in the closet@"

So, when I get a chance to attend a Christmas play acted by children, I take it. To celebrate Christmas on our blog: here is a local Christmas pageant. (Warning:my photographs are bad -- but the only way I'll get better is to keep taking them.) 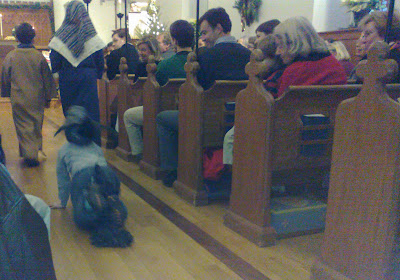 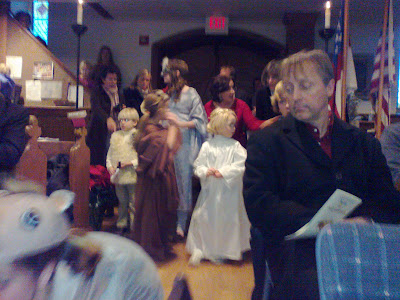 It wasn't Christmas in South Africa, but Christmas where I live, and I'm glad to be here --and glad children are still celebrating the season. ALL cultures with seasons I've ever heard of celebrate the time of year when the days get longer -- when darkness changes to light and a new calendar year begins -- and their culture's version of the story. Here is a CT church Christmas, in order: first, from while some are waiting to go on 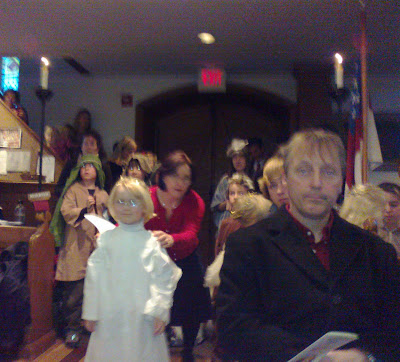 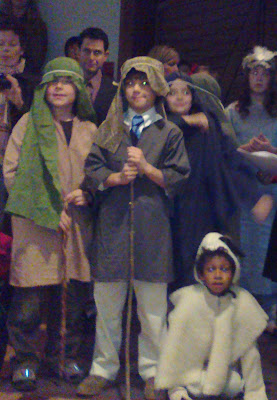 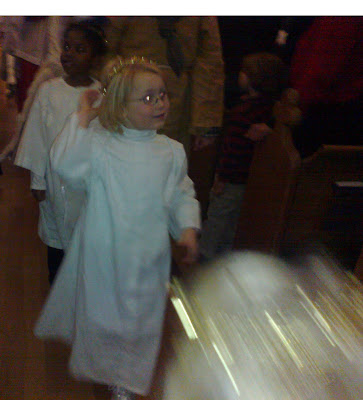 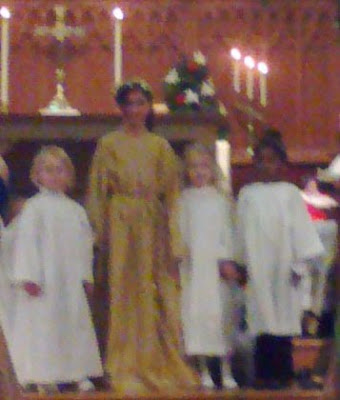 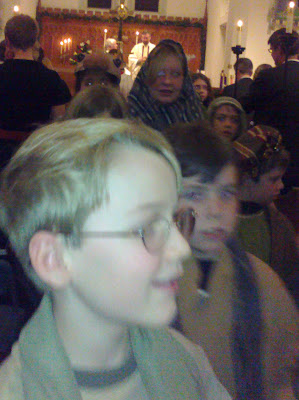 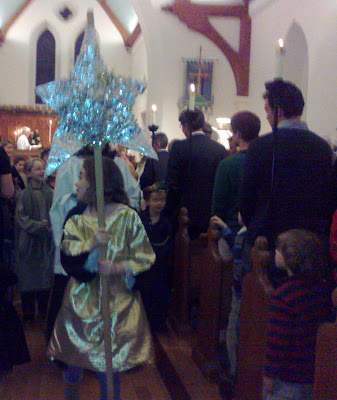 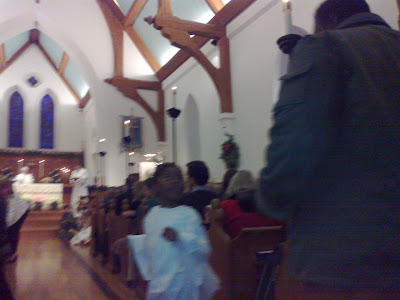 to when they come down the aisle at the end. Sorry! No pictures of the actual acting-out of the story because I was sitting way in the back. I really wanted to run up and take close-ups, but not one person-- even people whose chidren were in the pageant -- even went into the aisle to take photographs. Everyone (even the young brothers and sisters of the stars) stayed in their seats, unlike the audience in South Africa. But although they were more reserved about expressing it, everyone was into it, and AFTER the service, shook hands and smiled and wished each other: