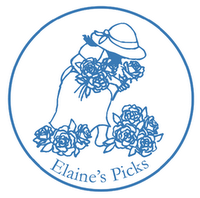 Instead of reviewing poetry books for Poetry Friday this week, I thought I would write about three picture books—all Christmas stories that are told in verse. One tale is an oldie that was first published in the 1960s. That oldie is none other than…

Mr. Willowby’s Christmas tree
Came by special delivery.
Full and fresh and glistening green—
The biggest tree he had ever seen.

Even a young child can look at the first illustration of a delivery truck rolling up the driveway to Mr. Willowby’s grand mansion and surmise that Mr. W. must be a man of means. But the giant Christmas tree that has been delivered to his house is even too tall for Mr. Willowby’s high-ceilinged parlor. There’s only one thing to do: Cut off the top of the tree so it won’t bend “like a bow.” Baxter, the butler, snips off the tree’s top and brings it to the upstairs maid, Miss Adelaide, who sets it on a table in her room. The top will be HER little Christmas tree—but, alas, it’s too tall to fit in her servant’s quarters. So…Miss Adelaide snips off the top, and it is put out in the trash.

That little treetop caught the eye
Of Timm, the gardener, passing by.

Timm takes the treetop back to his house—and, lo and behold, it’s too big for his snug cottage! His wife trims off the top and throws it out.

And so it goes through most of the story. Barnaby Bear, Frisky Fox, and Benjamin Rabbit come along in turn, find the discarded treetop, and take it home only to find it’s too tall for their humble abodes. Each time the top of the tree is trimmed off and tossed outside onto the snow.

Finally, Mistletoe Mouse notices the tiniest tiptop of the tree lying on the snow-covered ground near the opening to Benjamin Rabbit’s burrow. He brings it to his cozy little home—and it’s JUST THE RIGHT SIZE! The mouse family is elated.

Then at the top, if you please,
They put a star made out of cheese.

In the illustration on the last page of the story, we see Mr. Willowby dozing in his high back wingchair next to his candle-lit tree. And what do we spy just behind his chair at the bottom of the picture? Why, three little mice joyously dancing around their tiny, star-topped Christmas tree as light glows out from their mouse hole onto the floor of the elegant mansion’s parlor.

Oh, wasn’t it grand to have a tree—
Exactly like Mr. Willowby?


Robert’s Barry’s art for this book works hand in hand with the text. The illustrations are set against a white background, which echoes the snow-white world surrounding Mr. Willowby's mansion and the homes of all the other characters. The new full color illustrations are brighter and more cheerful than those in the original edition. MR. WILLOWBY’S CHRISTMAS TREE is one fine read-aloud for the holiday season. The story is akin to the cumulative tales that are so popular with young children. I loved sharing this book with kindergartners in my school library.

After the reading of MR. WILLOWBY’S CHRISTMAS TREE, I used to do a little sequencing activity with my students. On large chart paper, I printed Mr. Willowby’s name. Then the children and I discussed how Mr. Willowby’s tree was too tall for his parlor—and how the butler had to trim off the top. Next, I told the children to think about all the story characters that had been given or found a part of Mr. Willowby’s tree and had taken it home to decorate. I encouraged them to “think hard” so they could give the names of the characters in the correct order.

As children provided the names of the characters in order, I listed them on the chart paper:

I then asked the children if they noticed anything in particular about the order of the animal characters on the list. Usually one or two perceptive children in each class noticed that the size of animals got progressively smaller. It was always fun seeing young children get so excited about a story I had read them and so eager to participate in a discussion about it. That is one thing I miss most in retirement.

SANTA’S STUCK is a rollickingly funny tale of a gluttonous Santa Claus who can’t resist nibbling on a myriad of holiday goodies set out at one house he’s visited on Christmas Eve. So he decides to take a snack break and rest awhile. He settles into a comfy chair, puts his “weary” feet up on a table, and indulges himself with cookies, fruitcake, and fudge…until…

Well, Santa tries to go back up the chimney—but finds his girth is now too wide! His reindeer on the rooftop try to pull him up. BUT…

Next, the house pets—one dog and six cats—try to push the not-so-jolly gift giver up the chimney. Once again…

Then a tiny mouse “scampers out to lend a hand…” The mouse commandeers a toy bulldozer, a present that has been left under the Christmas tree. He rams the bulldozer against the dog and cats as they struggle to push Santa back up the chimney…and…

Santa’s out! A silent cheer!
Reindeer harness up their gear.

All is well again when Santa climbs back into his sleigh and dashes away—calling out a MERRY CHRISTMAS to all.

SANTA’S STUCK is the kind of picture book in which art and text work together perfectly. Henry Cole’s illustrations are a riot and really add to the humor of the story. Each illustration fills up two pages—with a sweets-eating Santa, a befuddled group of reindeer on the rooftop, grimacing cats and pet dog who are trying with all their might to push the rotund, red-suited visitor back up the chimney. Most two-page spreads also include a smaller illustration set inside a filigreed circle. The smaller illustrations provide views of other events occurring at the same time or peeks at what happens next. Cole keeps things visually exciting with some changes in perspective, his bright color palette, lots of close-ups, and the characters’ funny facial expressions.

Like MR. WILLOWBY’S CHRISTMAS TREE, the large size of SANTA’S STUCK makes it perfect for reading aloud to a classroom of children.

There isn’t much of a story here. It’s a simple tale of a crow that busies himself collecting all manner of little objects that have, for the most part, been dropped onto the snow or discarded: a button, a feather, a shiny ring, colored glass, a key. He even snatches a bag of birdseed from a woman in the park. We don’t find out until the end of the book what the industrious crow has been up to: He’s been gathering things to ornament an evergreen tree in the city—a Christmas tree for wild birds with bows and berries and birdseed and a shiny golden star at the top.

Kathi Appelt does a terrific job with her spare, rhyming text. Her meter is perfect—so, too, her rhymes. I like her use of language and her phrasing of words:

A length of garland glimmering…

Jon Goodell’s illustrations, painted in oil and acrylic, have a wonderful wintry feel to them. He has set the story on an evening when snow is falling over a city—on a residential neighborhood, on seals in the zoo, on shoppers toting packages, on a Santa parade, on a family walking to a church whose windows glow with a golden warmth, on a gazebo filled with carolers, on people buying Christmas trees, on a solitary woman sitting on a park bench selling bags of birdseed. His illustrations add another dimension to Appelt’s text. They tell us a story not only of the crow—but also a story of a city on one particular snowy December night just before Christmas.

In some of Goodell’s illustrations, the crow is not the major focus—in some he is barely visible going about his business. In other illustrations, set against a white background, we see close-ups of the crow collecting different objects while on his treasure hunt. In the last two-page spread, people—some holding lit candles—stand around the decorated tree admiring the crow’s handiwork. And in the final illustration, we see the tired crow sleeping on a branch of the tree while nestled in the furry trim of an inverted Santa’s hat.

MERRY CHRISTMAS, MERRY CROW is a quiet Christmas tale. It is a fine pairing of lyrical text and lovely artwork—and a good book to read to young children during the month of December, especially at bedtime.

Posted by Elaine Magliaro at 12:40 AM

Oh, Mr. Willowby's Christmas Tree is one of my favorite books!

Mr. Willowby's Christmas Tree really is a holiday classic. Kids love it. The 2000 edition is even better than the original. I bought a few copies of it this year to give as gifts to the children of friends for Christmas. I'm giving them Santa's Stuck, too--which is now available in paperback.