I'm going to call this picture day. First, these are some illustrations I'm working on for THE INCREDIBLE LIFE OF BALTO: 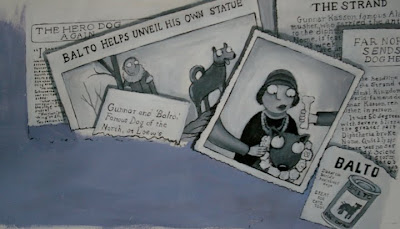 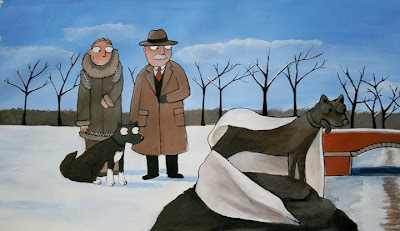 Second, these are some letters I've gotten from kids:

It's pretty normal until you get to the bottom! 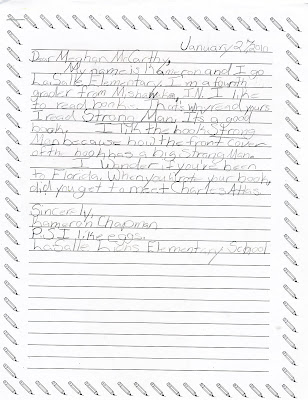 There was a great picture attached. This kid is an artist! 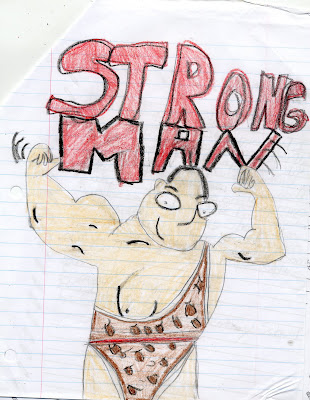 And then there are these drawings from Holly from Alabama... (I posted 2 but there are a whole bunch - it's an alien epic story!) 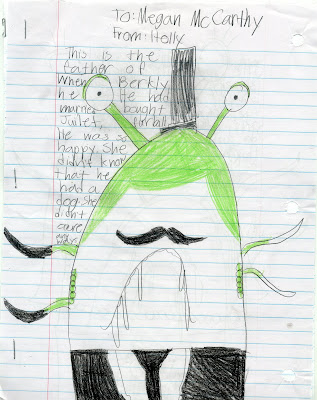 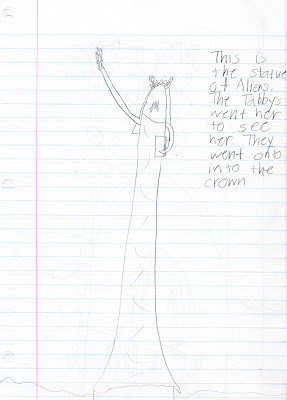 Third, I was in Alabama last week. 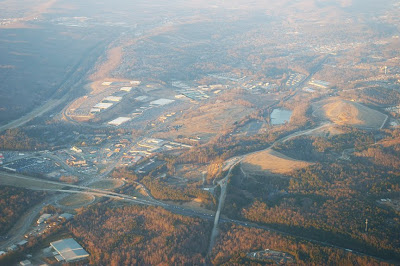 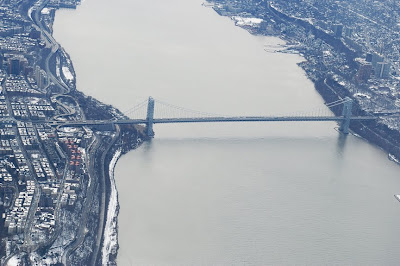 It was exhausting, and, of course, I got sick. I'm going to become known as the girl who pukes or almost pukes in people's cars! How embarassing!

The Librarian's daughter Ellie wrote me such a cute letter: 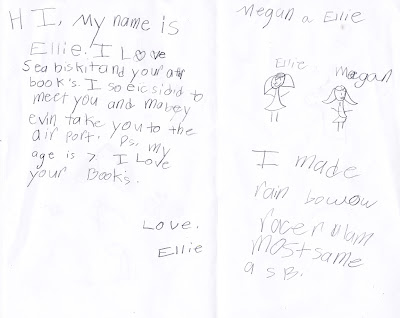 I'm afraid I didn't life up to her expectations! Almost throwing up in their car was probably not what she was expecting. 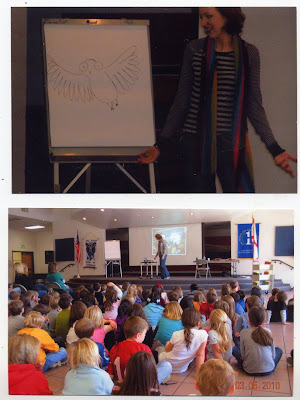 All the kids in this class in the front row wore alien hats made out of construction paper. How clever! I wish I had a closer shot of it. 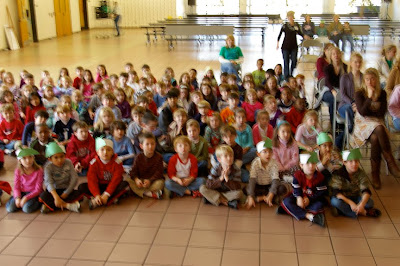 OMES school had a contest based on my upcoming book POP! They had a jar of bubble gum and all the kids guessed how much gum was in it. The closet guess got to win all the gum and a copy of my new book. This 3rd grader won! He was so funny. He said he'd be able to chew it all within several hours. (I hate this photo of me - bad steriod puffy face day - but it's worth it for the picture of him) 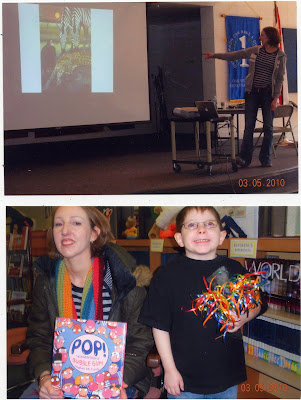 All the classes decorated the halls. It was great to see all the artwork inspired from my books! I had no time to take photos but one of the librarians kindly took some and made copies for me on the spot! Amazing.

Below is a kindergartner who read her story for me. She is a really accomplished writer. 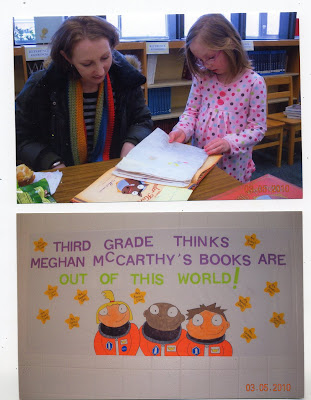 Even though I didn't feel well, had a bad headache and almost threw up several times, I think it was worth it.
Posted by Meghan McCarthy at 3:44 PM

I am not an egg fan myself, but I LOVE BALTO!!!

BALTO IS THE DOG!!

Meghan! The art looks fantastic - I can't wait to see the book! And the letters from kids are awesome.