This is a belated post (I'm always playing catch-up, I feel...), but wanted to do a quick wrap-up of the Book Expo America (BEA) festivities of two weeks ago. This year, BEA was during the work week, which I rather liked--it was nice not to have to give up a precious weekend (especially since I was moving), but being away from the office was tough, too. This year was also shorter than previous BEAs--two days to the usual three. So events were really crammed in there! At any rate, BEA was kicked off for me with the Association of Booksellers for Children (ABC) Not-a-Dinner and (Mostly) Silent Auction. This year was especially exciting, because two of the books I edited were up for the E.B. White Read Aloud Awards: The Curious Garden by Peter Brown, and Where the Mountain Meets the Moon by Grace Lin.

Little, Brown was one of the sponsors of the event, and we had a a big banner announcing our author guests. Here's Grace with the banner: 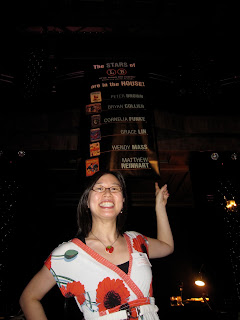 Michael Buckley emceed, and David Weisner gave a wonderful keynote speech. And then they announced the awards. First up was the picture book category. And the winner was... 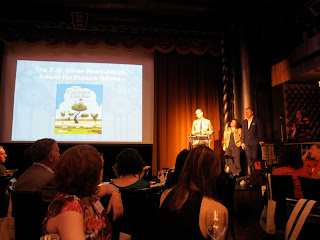 Yay! After taking home the Children's Choice a few weeks ago, Peter picked up another lovely glass award: 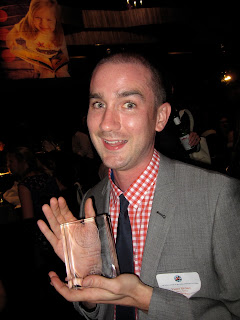 Next up was the Older Readers category. And the nominees... 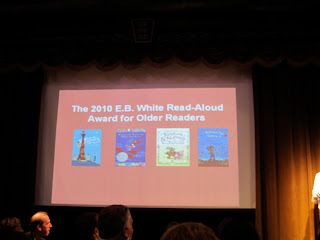 Alas, Grace did not win this time, but the very lovely and deserving Kate Messner won for The Brilliant Gall of Gianna Z. Congratulations to all the winners and nominees!

The next morning, a little too bright and early, was the Children's breakfast. Camera crews were everywhere capturing the newly-scandalized emcee of the event, Duchess of York Sarah Ferguson, who was lovely and funny: 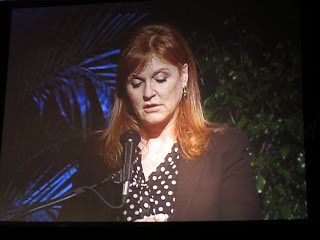 The three speakers were Cory Doctorow: 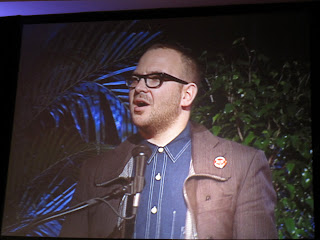 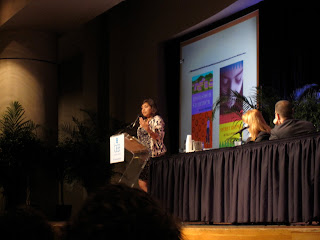 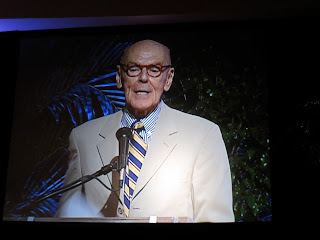 Then it was off to the booth for some fun--here's a standee to promote Peter's Fall picture book Children Make Terrible Pets: 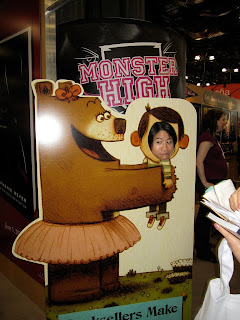 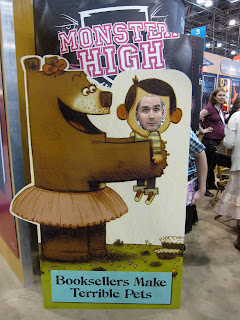 Next was the speed dating. Bryan Collier and I sat with twenty-three or so different tables of librarians to introduce another Fall picture book, Dave the Potter: Artist, Poet, Slave by Laban Carrick Hill, illustrated by Bryan Collier. It was a whirlwind event--only three minutes with each table! And it was exhausting, but fun and worthwhile. 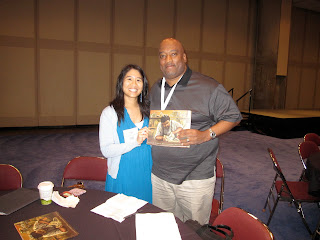 After lunch were some books signings. Peter and Bryan were signing at the same time in the autographing area: 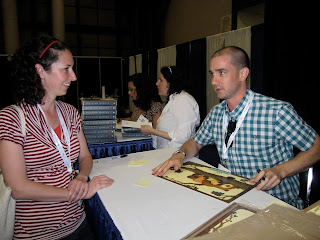 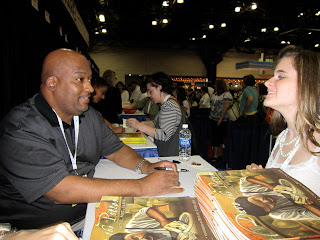 And then in the afternoon, Wendy Mass signed ARCs of her Fall middle grade novel, The Candymakers. 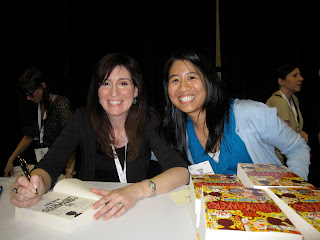 And that was the end of the first full day! Later that night was the Kidlit Drinks Night--a huge, lovely turnout, and lots of fun was had.

The next afternoon, Peter participated in a tea with more booksellers: 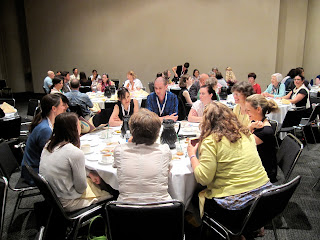 Cornelia Funke was at the next table talking about her new book, Reckless: 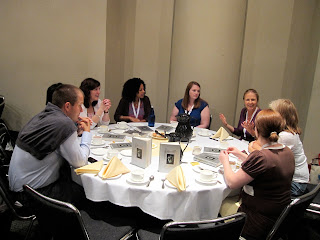 And that was the end of the show! We headed back to the Hachette booth to say hello to an old friend: 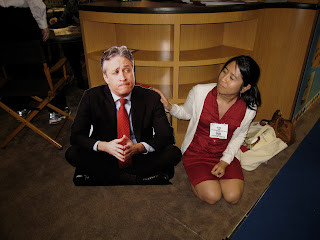 And then were off to blow off some steam at Karaoke: 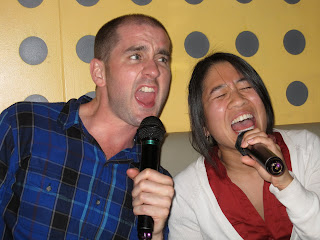 And that, my friends, was my very busy BEA.
Posted by alvinaling at 8:30 AM

Looks like a great time! Love the photos!! You look "sorta like a rock star" in that last one. ;)